By Michael A. Smith, MD 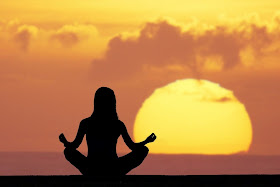 Herbalists have used adaptogenic herbs like ashwagandha for reducing stress for many, many years.

And according to them and their patients, these herbs work really darn well.

Below, we’ll explore the research and its impressive implications.

The Deadly Consequences of Chronic Stress

The consequences of chronic stress can be devastating. A chilling example is stress-induced cardiomyopathy, a spontaneous weakening of the heart that predisposes victims to arrhythmia and even sudden cardiac death.

While the mechanisms are not clearly understood, it is thought that chronic stress-induced elevations in epinephrine overstimulate the cardiac muscle, altering its function.1 The condition is also characterized by the transient dilation and dysfunction of the ventricles, ECG changes, and sometimes even cardiogenic schock2.

A recent report of such an occurrence was in a 56-year-old male, who did not have previous cardiovascular problems, and was admitted to the hospital with chest pain and shortness of breath after his favorite soccer team lost a game, requiring several days of hospitalization3.

Another striking example is a condition the Japanese refer to as Karoshi or “death from overworking.” This condition was recognized in post-World War II Japan. Overworked and severely emotionally and physically stressed Japanese high-level executives suffered strokes and heart attacks at alarming rates at relatively young ages.

Researchers hypothesize that the death of these otherwise healthy men was due to chronic, unremitting stress. Although scientists have not been able to directly link chronic stress to “death from overworking,” most Americans can probably relate a little bit to the unhealthy effects of stress in our own lives.

An important scientific advancement came with studies that showed that certain adverse life events result in epigenetic changes, which are potentially reversible changes in the genes that can persist and impact health later in life4,5. This has provided a fascinating link between psycho-emotional stress and biological changes that they cause.

A Breakthrough in Stress Reduction

Indian researchers report that supplementing with 600 mg a day of ashwagandha root extract can significantly lower serum cortisol levels. They recruited 64 people with a history of chronic stress to participate in a randomized, double blind, placebo-controlled trial.6

Subjects were randomized into two groups, to receive either the 300 mg ashwagandha capsules, twice a day, or placebo. The subjects were then followed for 60 days. The primary measurements were serum cortisol and performance on standardized stress scales and questionnaires.6

Results showed a 27% reduction in cortisol levels and significant changes in the following tests:6

The authors concluded that their results validate ashwagandha as a treatment for chronic stress and healthy stress management.

Not only is it important to take the correct dose, but also the correct standardization. In a review of ashwagandha studies, the effective dose range is 125 mg to 300 mg a day. But just as important is a standardization of the extract to 8% withanolide glycosides and 32% oligosaccharides.

The latest study used an extract from the root of ashwagandha and the correct standardizations. These are characteristics of a high quality product — characteristics that Life Extension recognized long ago and has used for some time now.

Chronic stress is deadly, and anti-anxiety and mood altering prescription drugs are minimally effective and often come with many side effects. So where's a person to turn?

This is why it’s nice to see more solid, clinical support for natural treatments, like ashwagandha. Have you tried it yourself yet?